The real dangers and unspoken issues of being self employed, and not self aware.

I Suffer from Depression

There, I said it. I said it out loud to the world. I am self employed, and I (like a lot of you) don’t always take good care of myself. And a constant stream of that type of behavior often leads to an emotional low point. The problem is, I (like a lot of you) don’t talk about it, or do anything to try and correct the situation. This is me verbally committing to making the changes that are necessary in order to be in this for the long haul. Now I’ve done a better job than most people in my position. I do “shut down” for periods and try to keep the work to a light load on weekends. But I tend to take on too much and over extend myself trying to help others in their journey as well.

I care too much? Sure… 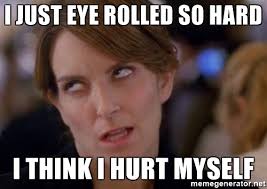 For me, personally, there are a few things that I know for a fact take a toll on my mental health throughout the process of trying to run a business. Here are a few of my issues.

And it should be said that I am NOT a medical professional, and I am absolutely NOT offering medical advice here, I’m just a dude, doing business things, and sometimes being sad.

So this situation, for me, is super rough on the ole brain chemicals. The thing you get to realize very quickly about being self employed is that the journey is AWESOME, then it SUUUUUUUUUUCKS. Then it’s nice again! And that transition happens rapidly, like in one day even.

It’s really hard to find your spectrum center in the early stages of building a business. You are constantly on an adrenalin high from picking up a new client, or making a new connection, or being able to buy groceries! You’re feeling great! Then, that goes away and you realize you’ve only slept a few hours a night for a few days. Then a customer yells at you. Then your dog eats your lunch. Then… the sad. And it’s a really rough sad sometimes.

The solution? Time, it’s just time. You have to go through this stuff and try and process it however you can. Eventually you’ll learn to find your middle. You’ll be able to have forward vision and understand that things will change. If you got yelled at by an angry customer, you’ll get a great Google review next week by someone else. If you landed a really big contract, don’t go buy a helicopter to fly your collection of bobble heads back and forth between offices. Actually…don’t ever do that at any point in your life. That’s dumb. The point is, that you have to find a way to process these feelings for yourself, and realize that they’re probably a temporary thing. I suggest joining a business networking group! I’m a member of an amazing BNI group, the Woodbridge Business Exchange. It’s insanely therapeutic to be around people that have been there before, and can talk to you about what you’re going through.

So it’s safe to assume that when you start a business, you’re going to be working long hours. You’re going to be pulling all nighters, just trying to catch up. I typically average 12-15 hours a day throughout the week. Something that I’m not great about is having the foresight to know that working on quotes until 3am when I need to be up at 6am for a meeting, is a really stupid idea. Rest times should be treated just like deadlines or meetings. You should understand the value in being mentally, and physically rested as much as possible. Now, let me be clear about this. If you are only going to work from 9-5, Monday through Friday, you probably won’t make it. Just go get a job in an office if that’s what you want to do. Because you absolutely have to WANT to work those crazy long nights to create something for yourself. One thing I used to do was hop on the exercise bike in my basement for about half an hour a night. No phone, no work, just a book and 7 miles. It was amazing, and I need to revisit that habit.

The solution, to the best of my knowledge is to schedule a few times a week that are “no work times”. I spoke with a man today who is just getting a business going. He mentioned having issues finding time for his marriage. I told him that he needs to look at himself and realize that only he can, and should, set time aside just to be together. Dinner and some Netflix or something. You have to turn it off sometimes, so you can be at your best when you turn it back on. This also, is something I’m guilty of from time to time.

In the early stages of starting a business, there is a thing called fear. It’s a pesky, rude, uninvited guest of being an entrepreneur. And if you don’t do well with stress and uncertainty, you should probably go work at some sort of quiet room, pillow sales, nap store. Because the reality is, even if you are well equipped to deal with those things, they’re still going to kick your butt up and down the street. Especially if you’re really stupid like me, and leave your steady job to start a business two months after your second child was born. PANIC!

There are going to be times where self doubt, anxiety, and uncertainty in the future will all pile up at the same time. For me, this is when my depression really starts to show. I start to feel under motivated and uninterested in the work that I normally love to do. This is the danger zone. Especially if you work alone from home. It’s so easy to slip into a funk when you’re alone, looking at the towering pile of uncertainty in front of you. You could spend days curled up on the couch, trying to decide if the Office ever really needed that final season, and if Orange Soda goes well with gas station breakfast food. Spoiler alert****it does. I know this, because that was me early on. I was so terrified of failing at points, that all I could do was lay on the couch and avoid the work. And sometimes, cry into my Orange Soda and crappy gas station breakfast burrito. By the way, the Jalapéno Ranch dip from Sheetz is amazing. The guilt of this situation is not. See, not only was I massively depressed at this time, which was in my first year of business, but I felt super guilty that I wasn’t being a business rock star every day. I was sure that there would just be some sort of awesome 90’s style montage of me making calls, picking up clients, giving a thumbs up to the camera, and making money!

I had the audacity to think I was good enough at something to do my own thing. And here I was, wasting my gift, while the rest of the world was going to their real job. And reminding me of how lucky I was to have life so good. Basically, in my depressed mind, I was a spoiled, loser, ass hole, that didn’t deserve things. Things like enjoying the experience of growing a business, or dreaming of how it can scale. And so to compensate for that, I worked 6 nights a week until 2 or 3 in the morning and constantly bragged to everyone about how much work I did. Because if you’re not exhausted, you’re not doing it right. Or at least, that’s what I told myself and what I thought the world assumed of me. This is not, I repeat, NOT the way things should be. Should you be putting in long hours sometimes, and going that extra mile? Sure, of course, you’re running the show. But should you be forcing yourself to push it to the extreme all the time? No, absolutely not. And any of those motivational dudes or dudettes that say you have to grind every hour of every day can jump in a lake with all of their nonexistent friends and family.

The solution? Balance, you absolutely have to find balance. Tony Robbins says that there’s no such thing as work-life balance, there’s only work-life integration. I think this is an interesting way of approaching the issue. You have to find a way to integrate your professional life in and around your personal life. Sure, there should be designated times for both of those things, but life happens, sometimes you have to work a little while watching a movie with your kids. But at least you’re there right? So the next time you’ve been going hard for a week, and you haven’t eaten right lately, probably drank too much one night, or haven’t slept much in days, stop. Stop and take a moment. Because I know that when I don’t, sometimes I just have to lay on the couch and be sad for an hour for some reason. And that’s a slippery slope if you don’t keep on top of it. I hope everyone has a nice week! Be kind to each other, be well, and be helpful.

If you, or anyone you know is struggling with depression, or other mental illnesses you can find some great information about it at NAMI.

If you’re starting a business and feeling overwhelmed, feel free to reach out to me directly and I’ll do my best to give advice.

PrevPrevious4,000 hits for under $40
NextPillars of Branding for Small BusinessesNext 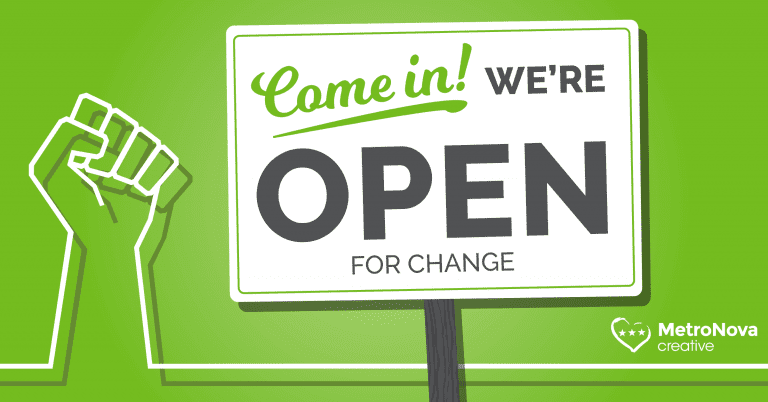 Unrest after the recent murder of George Floyd has affected the nation at every single level, including local and national businesses. Just as our country’s businesses began to reopen after being closed down by Covid-19, an additional layer of difficulty has been added. All of the peaceful protests have created the need and space for fundamental conversations about human rights 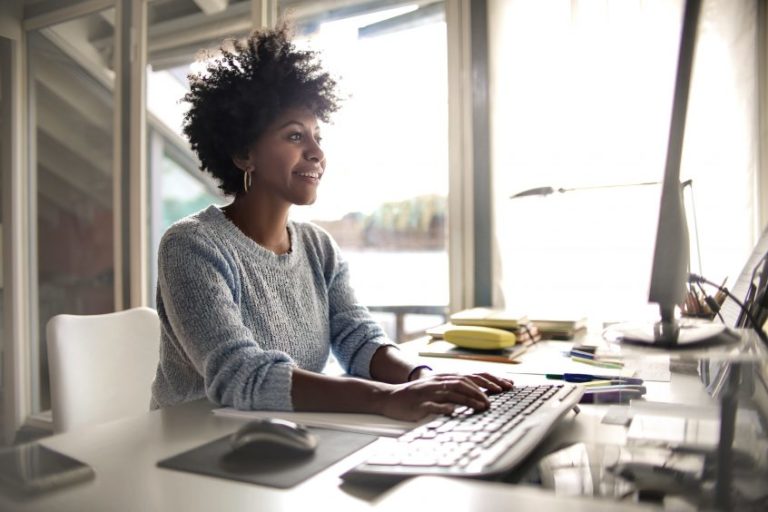 Grants for Women-Owned Small-Businesses – Where to Find Them

Image via Entrepreneur Over the years, the number of companies owned by woman has grown tremendously. As of 2016, women were majority owners of over 38% of US businesses. Unfortunately, despite the successful growth of women entrepreneurship, women-owned companies typically operate with less financial capital than companies owned by men, especially non-minority men. Moreover, women still own a smaller percentage 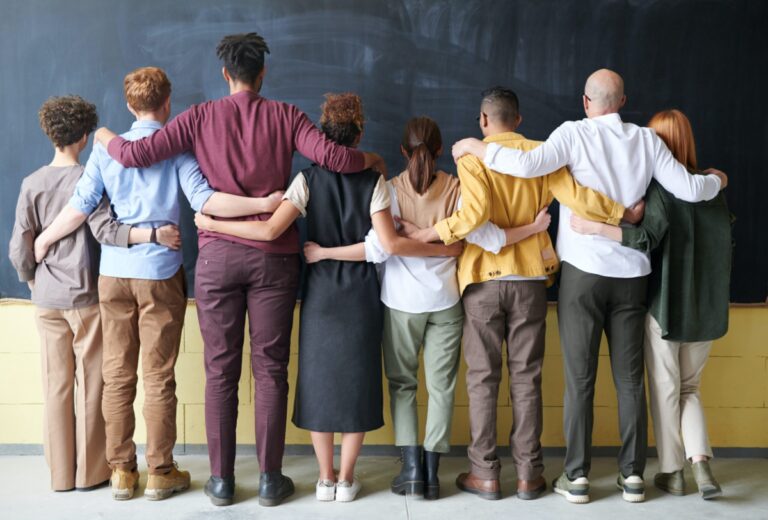 5 Things to Know About Internal Branding

Internal branding is an important aspect of any company. Think of branding in terms of a business connecting with customers – making them feel a connection to the product. That has to happen for your staff too! Our office at Metro Nova Creative is super laid back and inviting. We do this to make sure our staff is happy to