This Bud’s for you ‘Merica

Well this is different…

With the backdrop of the Olympics and a comically botched election, this summer is bound to be what Ricardo Marques, a vice president from Budweiser, calls “maybe the most American summer ever.”

So Budweiser is going to potentially ingenious, potentially absurd branding extremes. The company has kept the same can you already know, but when you look closely, you’ll realize that it has swapped out its own name, “Budweiser,” for “America.” That’s right, Budweiser has renamed its beer America for the summer.” We thought nothing was more iconic than Budweiser and nothing was more iconic than America,” says Tosh Hall, creative director at the can’s branding firm JKR.

It’s pretty obvious what Budweiser is doing here. Summer is peak beer-selling season—the entire industry sees a double-digit boost. Since 2011, Budweiser has released special summer-edition cans that feature images such as the American flag and the Statue of Liberty, upping the ante on its red-white-and-blue packaging with a full salute to patriotism—as a nod to Memorial Day, July Fourth, and the quiet American dream of drinking a beer in your backyard while charring various processed meats.

But this year, Budweiser is going even further. The summer cans and bottles will run through the November election—which is to say that for seven months, every Budweiser sold in the U.S. will read “America.” 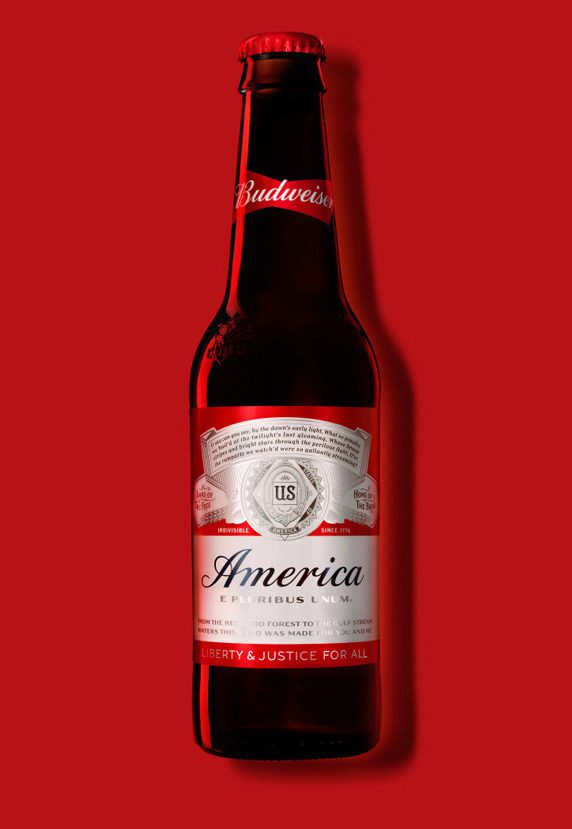 Changing the title wasn’t as simple as typing out a new label. Budweiser is a hand-drawn script that had to be recreated to spell our country’s name. The “A” in America was particularly challenging, because as the focal point of the word, it had to channel the same distinctive, swirly aesthetic of the Budweiser “B.”

The alterations don’t stop with the beer’s name. Almost every bit of type on the Budweiser label has been scrubbed away by Easter Egg patriotism, with new text citing the Pledge of Allegiance, the Star Spangled Banner, and America the Beautiful—all rendered in newly developed hand lettering, inspired by Budweiser’s archives.

To name just a few of the updates: “King of Beers” has been changed to “E Pluribus Unum,” “The World Renowned” changed to “Land of the Free,” and “Anheuser-Busch, Inc.” updated to read “Liberty & Justice For All.” Even legalese like “Trademark” was changed to “Indivisible,” and “Registered” changed to “Since 1776” (you know, the year America was founded—even though, technically, Budweiser wouldn’t be available for another 100 years).

I feel like I’m drinking an artifact bound for a Michael Moore documentary.

The only remaining nod to Budweiser is on the can’s back, where Budweiser’s bow tie logo is printed.

Cracking a few Budweisers, err, Americas, in some of my own product testing earlier this month, I’m giggling to myself long before the 5% ABV kicks in. I feel like I’m drinking an artifact bound for a Michael Moore documentary—something that’s enjoyable when consumed in an ironic way, with a sort of Stephen Colbert, Team America, Mission Accomplished bravado.

Sipping the lager, I wonder if Trump would drink America. Probably not. I make a note to Google “trump beer” later.

Whether the can can be consumed sincerely or ironically is paramount to its success, not as a commercial product (because a lot of people would buy a 12-pack entirely for the joke of it), but as a piece of branding in Budweiser’s patriotically brewed empire. The tagline for the entire related media campaign is meant to be incredibly sincere, even inspiring message: “America is in your hands.” When I ask Marques, jokingly, if drinking Budweiser now means you’re drinking America, his reply is dead serious. “In a way, it is true,” he says. “If you think about Budweiser as the most iconic American brand when it comes to beer, it’s probably not incorrect.”

A pair of beers in, and I’m suddenly inclined to agree. Sure, all branding is a manipulation, and this particular packaging has been executed to the point of parody. But how many brands would be willing to literally erase their own name off a package and put a country instead? “It’s something that we could have not done overnight. If we’d launched Budweiser yesterday, as a new brand, we probably wouldn’t have had the license to do it,” Marques says. “The work of the past few decades allowed us to build this brand as a truly American brand.”

Indeed. As I take the last swigs of an AmeriBud (or Budmerica?), I realize the truth behind my nervous laughter. Is it possible that this new beer can may not be a parody, but the America we’re actually living in? The one where we’re earnestly talking about building a wall to keep out the Tecates, and launching a migration ban to keep out the Sakaras and Taybehs? That country has most certainly become a bad joke with a skunky aftertaste. 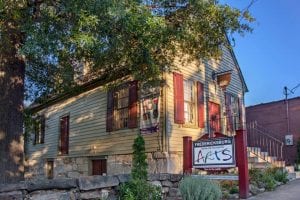 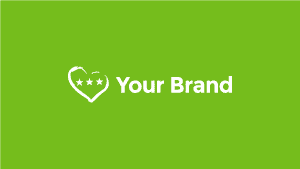 Supporting Fredericksburg Creating Change in Businesses and Community For the entire 2021 year, Metro Nova Creative will donate a portion of our 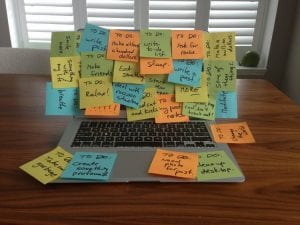 To anyone who doesn’t own a small business, it can appear glamorous in a way. No one knows how difficult it is