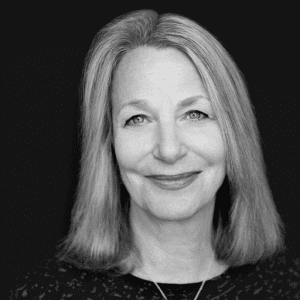 Her early career started with a job as a layout artist for Random House children’s books when she first moved to New York City. In 1972, she was brought on to CBS Records’ advertising and promotions department before she left for competing company, Atlantic Records, in 1974, where she became the art director and began designing her first album covers.

After leaving Atlantic Records to work on her own, Scher took an eclectic approach to typography which became extremely influential in design. She founded her own company, Koppel & Scher, with business partner Terry Koppel, before eventually landing as principal at Pentagram, where she remains today.

In 1994, Scher was the first designer to create a new identity and promotional graphics system for The Public Theater, a program that, according to Pentagram, influenced much of the graphic design created for theatrical promotion and for cultural institutions in general. Furthermore, her graphic identities for Citibank and Tiffany & Co. have become case studies for the contemporary regeneration of American brands.

In her time at Pentagram, Scher began teaching at SVA (School of Visual Arts) in New York, along with positions at the Cooper Union, Yale University and the Tyler School of Art. She has received more than 300 awards from international design associations as well as a series of prizes from the American Institute of Graphic Design (AIGA), The Type Directors Club (NY), New York Art Directors Club and the Package Design Council.

Author of two books, educator, and influential designer, there is no doubt that Paula Scher is someone to be celebrated. Check her out on Netflix in “Abstract: The Art of Design,” a documentary series about leading figures in design and architecture. 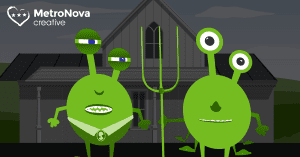 There are plenty of historic monuments, statues, landmarks, and buildings that scream “AMERICA!!!” But we’ve decided to investigate some of the more 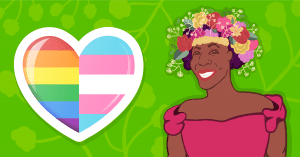 June is Pride month and the 50th anniversary of the first pride march in NYC. Fifty years ago, what started out as