The Evolution of Tony the Tiger

The Kellogg’s Mascot Through the Years

The cereal aisle: it can be daunting. It’s a giant wall of boxes plastered with blindingly bright colors, bowls piled high with crunchy bits, milk inexplicably splashing out of spoons, and wild cartoon mascots who honestly look like they need to cool it with the sugar intake. I can’t think of one person who is as jazzed about cutting the roofs of mouths as Cap’n Crunch.

But we’re not here to discuss the ol’ Cap’n. We’re talking about the mascot that I make a beeline towards while walking down the cereal aisle. He’s been a part of your balanced breakfast for ages and therefore is part of the family: Mr. Tony the Tiger. For nearly seventy years, Tony has been slinging cereal like it’s his job. Since the beginning, he and other animals like Katy the Kangaroo have represented the brand, though Katy was pulled sometime in the late ‘50s. But Tony carried on…he was the spokestiger that the people didn’t know they needed.

The Man Behind the Stripes

In TV commercials, Tony the Tiger was voiced for over 50 years by bass singer and voice actor Thurl Ravenscroft. Thurl was most noteworthy for singing “You’re a Mean One, Mr. Grinch” from the classic movie How the Grinch Stole Christmas!.

Tony’s look has certainly changed over the years. From basic shapes & watercolors to a more streamlined & animated look, he’s had several facelifts. Seems like Hey Arnold and Stewie Griffin may have taken inspiration for their football shaped heads from ol’ Tony. Yet the logo for Kellogg’s has remained nearly unchanged! Here’s an evolution of the tiger’s appearance, a lovable character at every stage of his journey:

Not that it’s ANY of our business to meddle in a tiger’s personal affairs, but a little TMZ style digging will lead you to find that Tony once had a family. He and his wife had at least two cubs, Tony Jr. and Antoinette. An elderly mother figure (maybe Tony’s mother or mother-in-law) was also in the picture. Somewhere along the way, our beloved bandana wearing big kitty clearly took the spotlight with consumers and Kellogg’s dropped the other members of the streak (apparently a group of tigers is called a “streak” or an “ambush”). This is certainly an intriguing choice for the cereal giant to make but here we are, decades later, with Tony flying solo.

And we think he’s doing GRRRRRREAT.

Business Strategy When Developing a Brand

Hey guys! Check out step 1 in the 10 Steps to Developing a Brand series! In this video, I’m focusing on developing 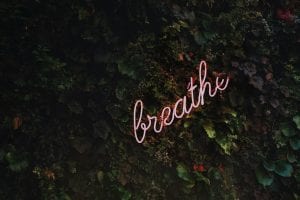 Self Care for Business Owners

Self Care for Business Owners Taking some me-time can seem impossible for the average person, but it can be increasingly daunting when 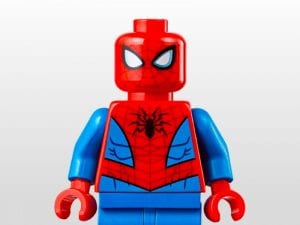 Elements of Branding with Spider-Man

5 Elements of Branding Applying the principles to Spider-Man I know the elements of branding can be complicated, and there are a